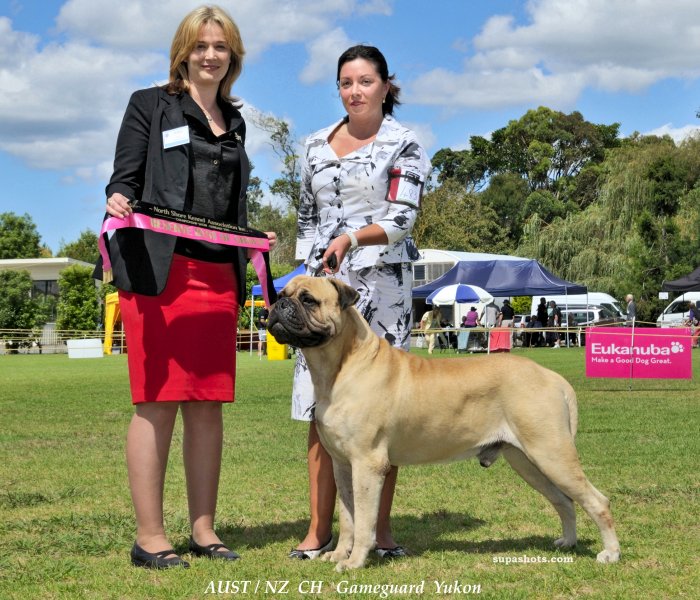 Spud is a robust male with a short back and level topline which is something many aspire for but rarely achieve. His front is wide and deep with prominent pro sternum which is so lacking in today's Bullmastiffs. He also has a superb headpiece coupled with a strong muzzle and broad underjaw. He has gone on to pass many of his qualities to his offspring who have inherited his outline and balance. One of his daughter’s, Costdog Ernie’s little Treasure won Reserve Challenge Bitch at the Bullmastiff Club of NSW show in 2010 at only 8 months old under Helene Nietsch. Spud also won Reserve Challenge at the same show! 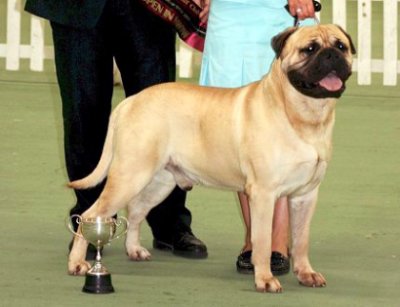 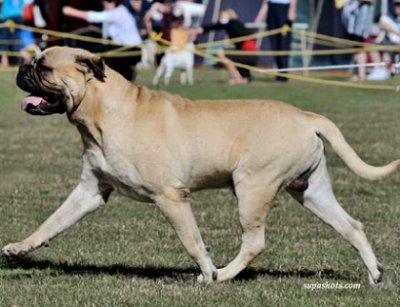 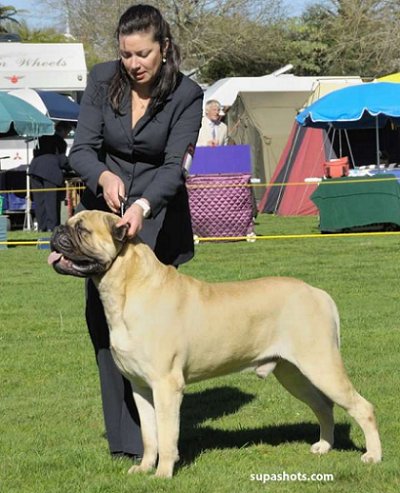 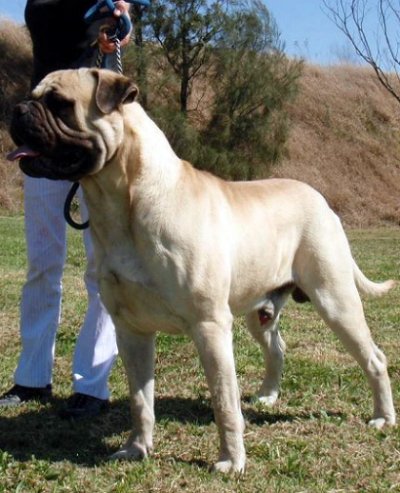