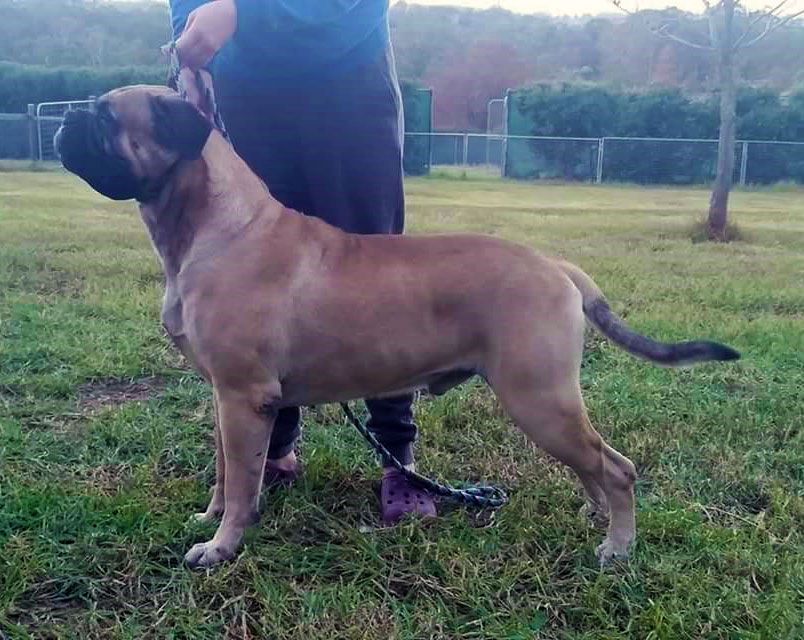 Squizzy is a well balanced, outgoing boy whose bloodlines combine some of Australia's current and past top winning Bullmastiffs. His athletic and free flowing gait is a rare sight in the breed and he covers the ground with ease. He has a correct short back, well defined skull and an incredibly wide bite. Squizzy has impressed Specialists and all breeds judges alike. 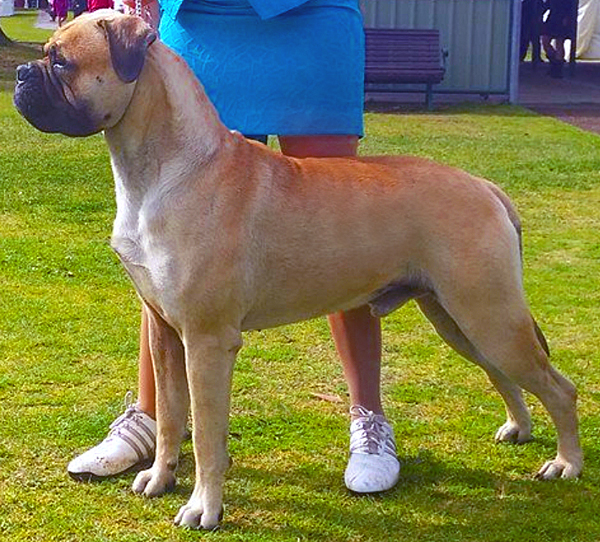 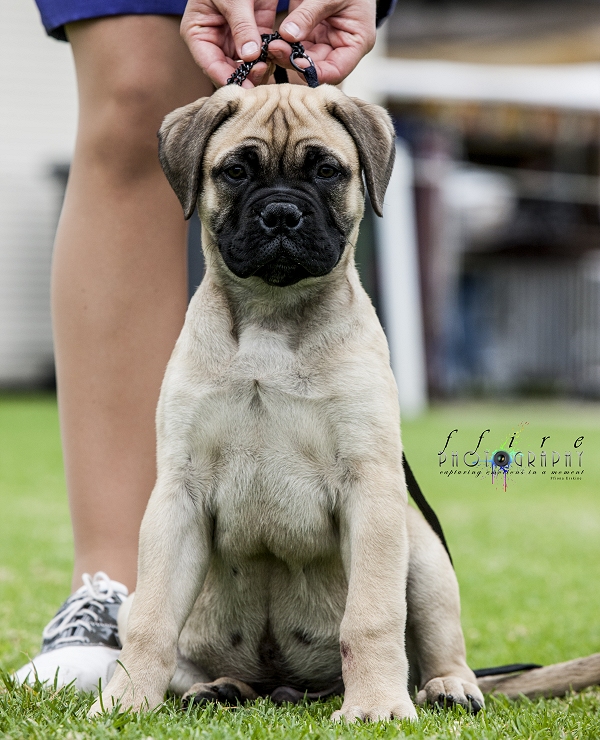 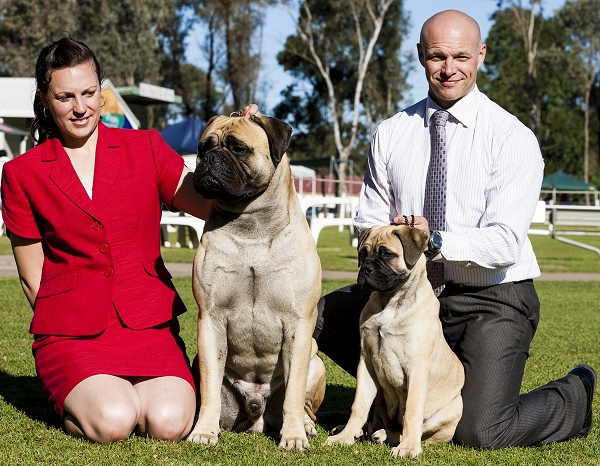